Why cats should be neutered – and what happens when they're not!

In late January staff from our National Cat Adoption Centre were called out to a bedsit in Sussex to collect cats after the owner had a stroke and wouldn't be able to return home.

As far as the family of the owner was aware he owned two cats but once entering the property they soon realised this was not the case. It turns out there were actually 25 unneutered cats and kittens in the one-room home. 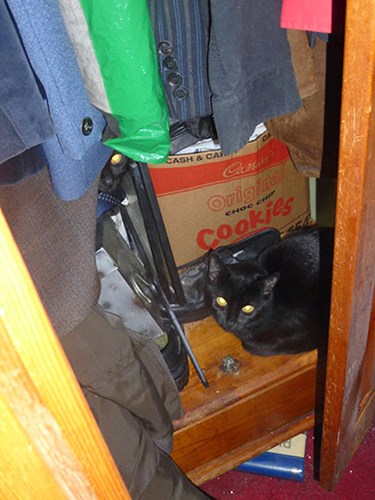 Adoption Centre Manager Danielle Draper says “All you could see was terrified black cats running all over the place.” 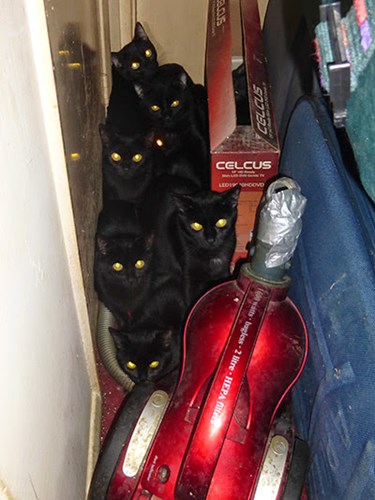 “Every single one is jet black and unneutered. They have never been outside and just been allowed to breed among themselves,” she says. “They are all going to need a lot of desensitisation, but I am hoping that once they have all been neutered we will help them find new homes.” 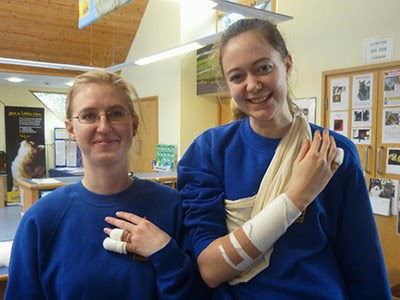 Staff with their war wounds!

This story has been shared with the permission of the owner’s family and helps to reinforce the importance of neutering your cat.

Although we helped to neuter over 158,000 cats and kittens cats in 2013, there are still far too many cats for too few homes. That’s why we recommend that pet cats are neutered at four months of age or younger, before they start puberty, to prevent unplanned pregnancies. Cats can lead happy, healthier lives when neutered, as neutering prevents the onset of some cancers and sexually transmitted diseases, as well as diseases caught through cat fights. Neutering also reduces straying, fighting and spraying.

Today is World Spay Day and we’re working in conjunction with all members of the Cat Population Control Group (CPCG) to urge owners to get their cats neutered.

A new poll of cat owners found that over half who had experienced their cat having kittens would not let them have kittens again. Find out more in an infographic on our Facebook page and read more about World Spay Day on our website.

Find neutering events near you or find an Early Neutering Vet at www.cats.org.uk/what-we-do/neutering

The National Cat Adoption Centre is raising funds to go towards the care of the cats while they are waiting for homes. As they are black and timid, they are likely to take longer to home than normal and so could be with the centre for a while. Donations are crucial in funding their time at the centre, so if you feel you're able to help the centre would greatly appreciate it. You can make a donation here.

If you are interested in giving one of the 25 cats a home, please contact the National Cat Adoption Centre in Sussex on 01825 741 330. Cats in our care are treated for any ailments and given a clean bill of health before rehoming. All cats are neutered (if old enough), microchipped, vaccinated and vet checked before leaving the centre.

Why do some cats have an ear tip missing?